Mahabharata - 7 things you can learn from this Epic 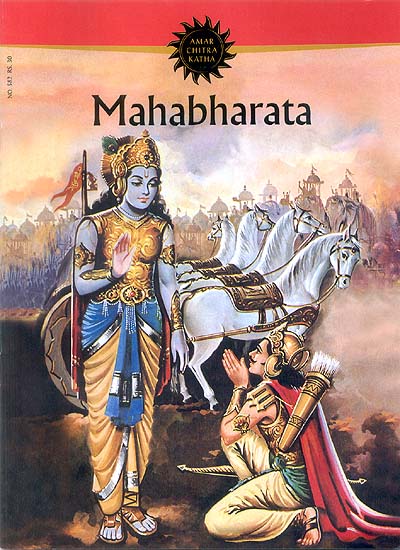 < I hope each one of you have seen this Epic on TV . I was itching to write on this but have to control myself as I wanted to preserve my best for the last . Yes this is my last article in the series " Seven things you can learn from" .


Ok then without wasting any time " Let the show begins" .

(B) Characters of this case study

(C) 7 Concepts of Strategic Management you can learn from Mahabharata

< The President of Kaurav Ltd i.e. Dhritarashtra had no vision at all . He c'd not override his weakness for his son . He was used by Shakuni and Duryodhana. He was incapable of taking any decision. He remained silent during the dice game in which Yudhisthira lost eveything and also let his son insult Draupadi.

< He failed to forecast the result of this humiliation which eventually became the root cause of this war.

< He was a weak leader and failed to follow his responsibilities as a president in a proper manner.

< Their President Yudhisthira was a man of great vision and was respected even by his competitors . He was an expert in administration and a man of values and adhered to truth and Dharma.


< He  used his image in a great manner as on the first day of war he applied a great strategy. He went over to Kaurava's to take blessing from Elders and in return he got the secret of defeating them . ( Remeber the case of Bhishma. ) . This helped them to gain strategic advantage over Kaurava Ltd.


< He also anticipated the war at an early stage and started preperations for it.

It is the direction and scope of an organisation and helps it to compete with competitors.

< Their Chief Mentor or Strategist Shakuni relied on unfair trade practices. Such things may work in short-term but a complete failure in long-term.

< A good strategist is one who knows the weakness of competitors and exploit them. He s'd help the Co. to recover from any situation .

< Shakuni was wicked and believed in short-term profits. He was biased and use to think about the welfare of CEO i.e. Duryodhana only and not of Kaurav Ltd. as a whole .

< They have got the best strategist in the form of Krishna which the world has ever seen.

< He believed in forming strong allies and was responsible for the merger of Pandava Ltd. with Dwarka (Remember Arjuna's marriage with Subhadra when Duryodhana wanted to marry her) , Rakshas (marriage of Bheem with hidimba) ,Panchala (marriage of Arjun with draupadi), Matsya (marriage of Abhimanyu and Uttara) etc..

< He asked Yudhisthir to go to Bhishm on 1st day of war to know their weakness.

< He was responsible for forming the strategy of the death of Dronacharya , Karna and even Duryodhana.

It acts as a catalyst in achieving a company's mission , vision , goal and objectives.

< Their CEO was motivated by greed for the Indraprastha . He was ready to do apply any means whether fair and unfair to achieve his goal . He was a great example of evil and fighting against the truth.

They were fighting for their self-respect and this is the greatest motivation in this world. They believed in fair practices only.

It is the art to take right decision at the right time. One s'd grab the opportunity at the write time to gain advantage over the competitors.

< He believed in finance more than Human Resource. He choose Krishna's army over him which was his biggest mistake.

Arjuna was a person of great concentration and was very focussed. He choose Krishna over his army which came to be a masterstroke.

He use to set example for others

He use to set example for others.

They converted their strength into weakness as they use to indulge in war with other kingdom which caused both loss of men and creation of enemies.

< They utilized their exile period in which Arjun acquired Divyastra and  Yudhistir formed the strategy of war by taking teaching from different Gurus .


< Thus they converted their weakness into strength.

< There was lack of commitment from Kaurav's .Their main warriors like Bheeshm and Dronacharya didn't wanted war and promised not to kill any of the Pandava's.


< Karna was fighting the war just to be loyal to Duryodhana but wasn't fully involved in the war as he promised not to kill any Pandava except Arjun.

Everyone was assigned a role and they did it with their limited capabilities.

Abhimanyu and Ghatotkatch sacrificed their life for their team .

Both of them contributed a lot as Abhimanyu fought with 7 Maharatis single handed and Ghatotkatch took away half of Kaurava's army with him.

< They didn't work as a team. Many of them use to hate each other. Bhishma didn't wanted Karna to participate in the war. Bhishma and Karna both use to hate Shakuni and his tactics . It means they didn't have faith in their key strategist.

< They put team interest above all and each person was involved in every process. They respect each other and use to listen to their CEO.

They had a mission and a common goal and they worked for it.

< With this I end my series and I hope you enjoyed it and learnt a lot from this inspirational series.

< Link to other parts of this series are :-

7 THINGS YOU CAN LEARN FROM GURU -- THE MOVIE

Seven Things you can learn from Secret

< Waiting for your comments.

Wonderful man.. Good thing that you are using the free time(the time after a student writes his exam and waits for results) for constructive activities. Really, something i am learning from you. All the Best. Wish you good success in all you endeavours.

hie pulkit...1st of all i would like to say this is an extremely interesting concept of taking Mahabharata as your subject and utilizing its each and every point in your strategic management thesis    ...excellent use of creativity .... although i personally dont agree to a few points but it was fun reading it....ravishing article...

Forgot to mention, nice analysis made by you. keep it up.

GOOD ONE BROTHER KEEP IT UP

@ Sreeev - Yes as I free till 1st feb so I want to contribute to this community as much as possible..

@ Sneha -- Well yes  I agree with you that there can be a discussion on this topic. But according to me anything which is done to defeat darkness and Adharm is justified. 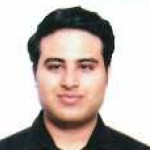 Hey Pulkit great article once again!!!it will really students to have an idea of SM.bt i thnk chief mentor of pandav ltd. wud b krishna.

Quite a few things are there to learn from this post...

Nice one. Thanks for sharing.

yes pulkit u are right....my contradictions are just on a few points and that too about religious beliefs and that can differ according to our respective cultures...but ur analysis is mind blowing...