Impossible in microsoft...try it out..!!

No offence mam but this is what i found on the internet.

MAGIC #1 It is in fact perfectly true that you cannot create a folder named "CON", nor can you rename an existing folder to "CON". However, the "team" at Microsoft, and a great many others besides, know perfectly well why you cannot name a folder "CON". "CON" and a number of other character strings are in fact reserved names that go back to the days of DOS and cannot be used to name folders or files. Other reserved names are:

If you try to name a folder using one of these reserved names, the name will automatically revert to the default, generally "New Folder". Moreover, if you try to use a reserved name to name a file such as a Notepad or Microsoft Word document you will generally receive an error message similar to the following:

Depending on exactly how you save the file, you may instead receive a warning message advising that a file with that name already exists. However, even if you choose "Yes" to overwrite the existing file, you will still not be allowed* to save the file. While there is no mystery about this issue, it might have saved user confusion if Windows displayed an explanatory error message when attempting to create a folder with a reserved name as well. For more detailed information see: MS-DOS Device Driver Names Cannot be Used as File Names

MAGIC #2 It is true that, when the phrase "Bush hid the facts" is typed into the Windows XP or Windows NT/2000 versions of Notepad as instructed above, the re-opened file displays an unreadable line of squares or Chinese style characters. The first image below shows the text before closing the Notepad file. The second image shows the text as it is displayed after the file is re-opened:

Some of the more wide-eyed conspiracy theorists postulate that this result is a form of political commentary directed against US President Bush. Alas, the truth is far less compelling. It appears that a lot of other character strings in the pattern 4 letters, 3 letters, 3 letters and 5 letters will give the same result. For example, the phrase "Bill fed the goats" also displays the garbled text as shown below:

In fact, even a line of text such as "hhhh hhh hhh hhhhh" will elicit the same results. However, some character strings that fit the "4,3,3,5" pattern do not generate the error. For example, the phrase "Bush hid the truth" is displayed normally. However, conspiracy theorists should not take this as aiding their argument. "Fred led the brats", "brad ate the trees" and other strings also escape the error. Thus, any hint of political conspiracy fades into oblivion and is replaced by a rather mundane programming bug. It seems that a certain combination and/or frequency of letters in the character string cause Notepad to misinterpret the encoding of the file when it is re-opened. If the file is originally saved as "Unicode" rather than "ANSI" the text displays correctly. Older versions of Notepad such as those that came with Windows 95, 98 or ME do not include Unicode support so the error does not occur.

MAGIC #3 Using the rand() function in the way described automatically adds sample text to a word document. In Word 2003 and earlier versions, the rand() function adds several sentences and paragraphs that repeat the words, The quick brown fox jumps over the lazy dog. These words are often used for testing because, together, they contain all the letters in the English alphabet in one concise and coherent sentence. Such a sentence is known as a pangram. In Word 2007, the rand() function adds information about using specific Word features in order to create a more realistic document for testing. However, if you wish to use the "Quick Brown Fox" pangram in Word 2007, you can still do so by inputting the function =rand.old(). Another Word 2007 option is to use =lorem(), This function automatically adds the familiar Lorem ipsum dummy text that has been used by the printing and typesetting industry since the 1500's. Nowadays, Lorem ipsum text is also used extensively by web developers and publishers to add random text to such things as templates and website prototypes. You can alter the results of the rand() function by adding numbers in the round brackets. The first number controls the number of paragraphs while the second number controls the number of sentences in each paragraph. For example, using "rand(3,5)" will add three paragraphs of five sentences each. Leaving the brackets empty will add the default number of paragraphs and sentences, which is set at three sentences and three paragraphs. Far from being a mystery, this is a well-documented feature of Microsoft Word that simply allows sample text to be quickly added to a document for testing purposes. Microsoft can in fact "explain the result" and does so in an article on the MS Support website. Thus, although these little computer tricks are interesting, there is no mystery or magic involved and Microsoft certainly does know about them.

Yes it is possible. you can either do it using command prompt, or simply with this trick - create a folder and rename it by pressing Alt and type 255 from num pad, release the Alt key and then type con. 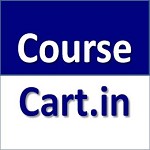 Below is a list of default device driver names.

Thank u Siddique Sir and Adarsh Sir for your information:-)

There Were 36 Bugs in Windows,  which have been reduced to 32 by Microsoft team,,

There is one more thing u can do to prevent ur PC or Lapi from virus,, make a folder Named "Quarantine",, when u see any virus file, put it in this folder,,,, As this folder acts as a Virus vault,, it wont move out of the folder...