It has been observed over the last few attemts the number of Pass outs are increased. Definently it will be good sign if number is increased because the students efforts and performance. However it never find in realty. The average performance of the students is falling down by attempt to attempt.

The impact of Increase in number of Chartered Accountants:

if any person continues his job wiht the low proficle his chances of getting the good jobs and his marketability will get reduce and resultantly loose the confidence.

On the other side of the profession who are into the pratice will be forced to accept the assignments at low rates. And it will goes to the worse situation that the the basic principles of the Indepence, Integrity bla blw will phase out.

These will create a bad impression on the profession and gradually it will impact on the survival of the institute.

Increae in the performance of the students:

Arguments say that the performance of the students is increased so that the institute can not reduce the result. So the number of persons passout is increasing. This is 100% correct I agree with this.

If students perfornance increased means the institute has not increased its standards which is a  alaraming signal. Insitute should try to increase its standars which will become tough to the students and keep up the brand image.

if institute increases its standards, then  the students who have the caliber and intelligece will pass out the exams.

Becasue of the lower standard of the exams, numbers may increase but not the quality. Institute should make the tough and tough the exam. then the students try to give theire best. Only the best students who have all the qualities wil become the members of the institute.

Students are similar to  the Diamonds , The more you sharpe, the more they will shine. But unfortunately Institute is missing out this impartatn point.

But I wonder why the Passouts in IAS & IAM is not increasing. Still they are enjoying its brand Image becasue they are addingup every year the new things into their curriculam. If Institure ignore on this aspect, very soon it will pay the price. The students stop looking at the Institute they will go for some other rewarding career.

My Suggetion for  the Institute:

Make all the questions in the exam compulsory.

Conduct the exam once in a year and not twice in a yaer. which will give the students enough time to spent on the subject rather than on the suggested answers.

Conduct the exam on daily basis and not the alternative day.

Increase the term of the president say minumum 3 years. A period of one year is very less for any one to make the changes. His time will be over on visiting all the branches and conducting two exams. What more he can spend the time for the institute development.

Introduce the Ranking system in the CPT. LIke top  1000 ranks only will be allowed to do the CA. like IIM's.

And condut the GD, Interviews after CPT before entering into the next level eductaion.

Institute should conduct the classes for CA inter and they should be allowed to do the Articles only after completing the CA Inter.

stop the private institute from bluffing the students that the ca course is very easy and can pass out the exam by reading the suggested answers.

Articles should be mandatory. After complting the article or during the last 6 months they should be allowed to write the final exams.

Those who apt for job make the Industrial training compulsory. So they will get train in the Industry rather than in the CA firm. I meant to say . The articels period should be split into two parts. First two years is compulsory for all under a CA. And after completing the CA . They should get train under CA if they want to go for practice or in Industry if they want to gor for Industry.

I welcome further suggetions from the peer members. I personally dont want criticise any one but want to  analysie the latest issue in the profession and contribute the suggetions.

thanks for sharing your view on it..

Even i agree with most of the aspects

however if any one fails it is not fair to make that person wait till 1 year because he already read well but because of tension,or some what pressure he may not able to attend exams..

My opinion is in professional studies failures are because of unable to cope up with the pressure in exam time and not because of neglecting studies..

As far as coaching institute is concerned

i agree with your view that in these days just because of money coaching institutes are advertising and i can say cheap marketing techniques...

However it is the student responsibility to take opinion on CA.But there is a chance that MOB mentality may influence on students

Ex: when i was in 12th standard no body knows any course other than Engineering..we can say it as mob mentality because he is joining in course with out having any idea on how he is going to live in most part of his life

But i cannot agree with you that only institute have to conduct classes..only private instituttes can make good to this

So it is the responsibility of the students whatever be the causes..friends/seniors/parents and teachers in 12th standards have to feel resposibility and they have to provide proper guidence on career

Why the exams for IAS & IIM, are conduting once a year.

On ther point. At least institute should have supervision over the coaching centres.

Yes i strongly agree that ICAI should have some supervision on coaching centres.

ICAI know everything.Let  do it  as  think fit.

It seems you are a CA, but is your suggestion of "Compulsory Qts in the paper" & "No gaps between two papers" a good idea?

Your idea, if implemented, should be announced right away with applicabilty after few years so that current students get sufficient time to pass just like many CAs have qualified under the existing pattern.

The current pattern of "Question papers" & "gaps b/w 2 papers" should be cancelled retrospectively and those who qualified under the easy pattern (as said in your post) should be asked to appear for finals &/ IPCC under the new stingent suggestions given by you.

I get a feel that a student after qualifying the exams wants to put barriers on other budding CAs.

1-PASS PERCENTAGE SHOULD NOT BE MORE THAN 5%

2- EXAM SHOULD BE CONDUCTED  ONCE IN AYEAR 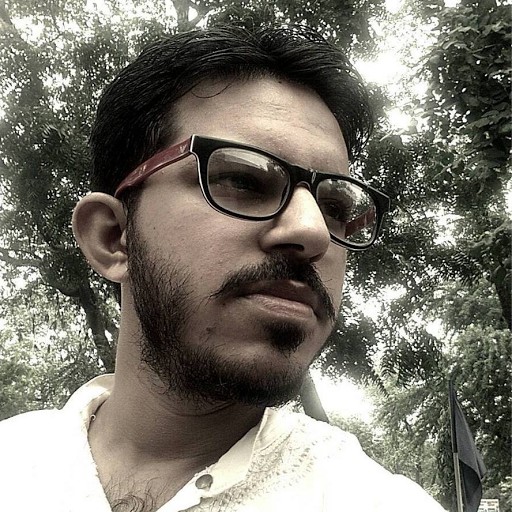 dont forget the theory by Darwin, "Surrvival of Fittest"
at the end only best will survive, let everyone run the race.

This thread has been closed.