UNDER 54F.—Besides the new Capital Gain (which will be short-term), the Capital Gain exempt earlier under section 54F, shall be long-term capital gain of the previous year in which new asset is transferred.

Consequences if the amount deposited in Capital Gain Scheme is not utilised within the stipulated time of 3 years (2 years in case of section 54B).—The unutilised amount shall be Capital Gain (short-term or long-term depending upon original transfer) of the previous year in which such period has expired. However, in case of section 54F, proportionate amount shall be taxable.

2) How to Calculate Ancestral Properties

And if taxable then in which year it will be taxable and what will be the value ?

What will be the exemption if there is a capital loss?

There is a capital loss in transfer of building (used for industrial undertaking) on compulsory aquisition.what will be the exemption u/s 54D in this case? 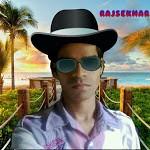 Hello, The query is : I sold old house in July 2018 and CG as per valuation is 50 Lacs (Sales Value - Indexed Cost). I own a flat jointly in name of my wife since 2005. I purchased a plot from above amount for 40 Lacs in September 2018 and deposited unutilized 12 Lacs in SBI Capital Gain Account. in July 2019 pending construction work by contractor. Now the ITR-3 has to filed because I have income from Training & Coaching Profession also. I have to claim exemptions under Sec54 for plot purchase and 54F for SBI-CG A/C - Is there any fault. Thanks in advance. & Regards, Read more at: https://www.caclubindia.com/forum/capital-gain-from-sale-of-old-house-526114.asp