Which head of commission from lic is taxable

Freinds pls tell me which head of Income LIC commission is taxable.

1.If assesee has no other source of Income .

2.If has another source of income too (Say Salary Income)

3. What deductions and exemption are available for the same.

Commission is taxable under the head "Income from other sources"

Deductions or exemptions as available to any other individual wil be applicable.

A) Agent of Life insurance of India

Note:- the benefit of ad-hoc deduciton is not available to agents who have earned gross aggregate commisison of more than Rs. 60,000/- in the previous year.

Income from LIC commision is generally of insurance agent.

In my opinion, if he/she has no other income, than it will be treated as income from business and profession and will be taxed thereunder.

If he/she has salary income, than it will be definately taxed in the head of Income from other sources.

The benefit of ad hoc deduction will be available to insurance agent upto a commission of Rs.60000 where he/she is not maintaining detailed accounts for the expenses incurred by him/her will be as follows:

(i) where separate figures of first year and renewal commission are available, 50 per cent of first year commission and 15 per cent of the renewal commission;
(ii) where separate figures as above are not available, 331/3 per cent of the gross commission.
In both the above cases, the ad hoc deduction will be subject to a ceiling limit of Rs. 20,000.
The benefit of ad hoc deduction will not be available to agents who have earned total commission of more than Rs. 60,000 during the year. The admissibility of the expenditure claimed by such agents will be decided by the Assessing Officers as per the provisions of the Income-tax Act.
In those cases where income arises more than Rs.60000, there Electricity, Telephone and society bills paid from the agent's account can be claimed, as actual expenditure incurred.
Thanx

Agree with ARPIT, the actual fact of Commission is true & written by Arpit.,

comission will come under income from business and profession

U can shown undr other sources or also shwn in PGBP head u can prpere Inc & exp acc*nt nd bal sheet ... claim some exp . Via inc & exp acc*nt....okayy

IF LIC AGENT HAVING FD INTEREST WHEATHER IT IS TAXABLE. 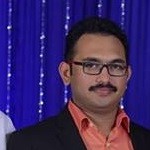 The gross receipts/income, on which tax has been deducted, are to be entered in the schedules under the respective heads of income, as they are assessable in the year in which the credit for the TDS is being claimed.