Reason -  4  days  back  this  boy  had  gone  to Amravati (One of the district place located in State of Maharashtra) on study tour. After their study was over, he,  his  classmates & his teachers, all of them were standing on "Badnera" railway  station  to  catch the train. "Badnera" is the name of the railway station for " Amravati" city.

As  soon  as  they arrived on Badnera Railway station, many of them started taking  pictures  of  their  friends  using "Mobile Phones" and/or "Digital Camera".  One  of  them  complained that, in his camera, he was not able to capture  more  number of friends in one frame. He was not able to catch the angle.  Another  boy  suggested  that  let's climb on train boogie and take picture so that all of them can be accommodated in single frame.

At  that  there  was  one  goods wagon (all of them were oil tankers) train resting between 2 main railway lines. Aditya climbed up oil boogie. Above his head, 40,000 volts electrical line  was passing through. As soon as he clicked the digital camera? 40,000 volt  current  passed through the camera flaash light to his camera and then from  his  camera to his fingers and then from his fingers to his body. All this  happened  within  fraction of minutes. Next moment he was thrown from the top. His body was half burned on the spot. At  that  time,  his  father was traveling in Bangkok. His many friends  in  Pune  came  to  know about this via mobile SMS. They instantly arranged  air  ambulance  in Amravati   and  his burned body was brought to Keshavani Hospital,  Mumbai.  I was told that this is the best hospital in Mumbai.  For  1  and 1/2 day or so he was talking to his relatives. When he was  admitted  to  the  hospital,  at  that  time only, doctor informed his relatives  that don't keep great hopes. Because of lot of complex issues in half burned body? He died after two days.

Now  how  many  of  us  are  aware about this technological threats & dangers?  Honestly,  Kumar  Aditya  and his father was not aware. His  family  was  not aware. Our entire friend circle of more than 12,000, we were not aware. Now should we call ourselves as fully educated and  fully  knowledgeable  people? Think of it. Please avoid mobile phones on  petrol  outlets.  Please  avoid  talking  on  mobile phones while  driving.  i also know many of my friends who do not bother about this good  suggestion and each one of them have opted for "Chalta Hai Yaar  Attitude".

Please  avoid talking on mobile phones while they are in charging mode. Avoid charging mobile phones near Your bed and/or near  wooden  furniture.  Avoid  mobile phones near high voltage electrical lines  like  railway  stations  and  use flaash lights. My friend, his family  members  and  we  all friends learned our lesson with loss of young  life.  Now  Would  You like to empower Your friends about this accident  so  as to avoid future accidents? We can save human life by empowering  all the IT users who are in Your network ? 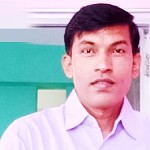 its a great information to all

Thanks Amit for sharing this information.  ...

I really do know about this Fact...!!

Thanks for Sharing and reminding.

It was a great information. But I suppose that it is applicable only to mobile clicks and not to regular battery camera's.  Please correct me if I am wrong.

Thanks for sharing this  information with us

Thanks a lot Guyes for such a nice comments

thanx sir for sharing this info....

THANKS FOR INFO. SIR

Thanks for sharing this information.

The technology has got rapid.., but not at all sound in such departments....

so, thats why air hostesses stop us from clicking pics, when refueling of plane is on.

I pledge that I will never do it from now on.

Really sad for the boy. Really

Thanx For Reminding Such Precautions.........

As This Case Belongs MY Known Route -