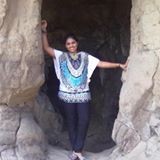 Can A private holding company merge with its subsidiary private company ???

Yes they can be merged.

1. Check whether each Transferor and Transferee Company’s Article of Association (AOA) permits for mergers and amalgamation. If not, then alter AOA first.

2. Appoint at least 2 valuers for valuation of shares of each Transferor and Transferee Companies. (Not Mandatory Requirement)

3. Prepare draft scheme of merger, exchange ratio based on valuation.

4. Convene Board Meeting by each Transferor and Transferee Companies to get the approval of Board of Directors of each companies.

5. Notice of proposed scheme to ROC and OL

After the approval of Board of Directors of each Company, the notice of the proposed scheme inviting objections or suggestions, if any, shall be sent by each transferor and transferee company in form CAA-9 to the Registrar of Companies (ROC) and Official Liquidators (OL) where the registered office of the respective companies are situated along with a copy of the Scheme.

6. Filing Declaration of Solvency with ROC

Each of the transferor and transferee companies involved in merger must file a declaration of solvency, in form CAA-10, with the ROC where the registered office of the companies are situated, before convening the meeting of members and creditors for approval of the scheme.

Each of the transferor and transferee companies involved in merger must take an approval of their members holding 90% of shares in number, by holding a General Meeting. If all the shareholders give their consent in writing then ROC may dispense the need to convene physical general meeting.

Both Transferor and Transferee Company are required to take approval from creditors representing 9/10th in value either by way of written approval or at a meeting of creditors specifically called for these purpose.

9. Filing of the Scheme

> The Regional Director (R.D) having jurisdiction of Transferee Company.

On the receipt of the scheme, if the ROC or the OL has no objections or suggestions to the scheme, the RD shall register the same and issue a confirmation thereof to the companies. If the ROC or OL has any objections or suggestions, he may communicate the same in writing to RD within a period of 30 days. If no such communication is made, it shall be presumed that he has no objection to the scheme. If the RD after receiving the objections or suggestions or for any reason is of the opinion that such a scheme is not in public interest or in the interest of the creditors, it may file an application before the NCLT in Form No. CAA.13 within a period of 60 days of the receipt of the scheme stating its objections and requesting that the NCLT may consider the scheme under Section 232. On receipt of an application from the RD or from any person, if the NCLT, for reasons to be recorded in writing, is of the opinion that the scheme should be considered as per the procedure laid down in section 232, the NCLT may direct accordingly or it may confirm the scheme by passing such order as it deems fit. If the RD does not have any objection to the scheme or it does not file any application under this section before the NCLT, it shall be deemed that it has no objection to the scheme. Where no objection or suggestion is received to the scheme from the ROC and OL or where the objection or suggestion of ROC and OL is deemed to be not sustainable and the RD is of the opinion that the scheme is in the public interest or in the interest of creditors, the RD shall issue a confirmation order of such scheme of merger or amalgamation in Form No. CAA. 12.

11. Filing of confirmation order with the ROC

A copy of the order confirming the scheme by the RD shall be filled with the ROC, within 30 days, in form INC-28, having jurisdiction over the Transferor and Transferee Company and the ROC shall register the scheme and issue a confirmation to the companies and such confirmation shall be communicated to the ROC where transferor company or companies were situated.

Effect of Registration of Scheme

The registration of the scheme shall have the following effects:

Upon The registration of the scheme, Transferor Company shall be deemed to have the effect of dissolution without process of winding-up.

Transfer of property or liabilities

Where the scheme provides for purchase of shares held by the dissenting shareholders or settlement of debt due to dissenting creditors, such amount, to the extent it is unpaid, shall become the liability of the transferee company.

But the said company is not wholly owned subsidiary ???? its only subsidiary company ???

Yes this type of merger is called reverse merger