He met her at a party. She was so outstanding, many guys chasing after her,

while he was so normal, nobody paid attention to him.

At the end of the party, he invited her to have coffee with him, she was surprised,

but being polite, she agreed. 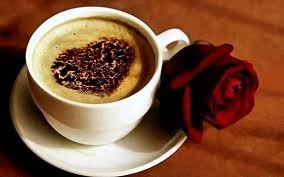 They sat in a nice coffee shop, he was too nervous to say anything, she

suddenly he asked the waiter: "would you please give me some salt? I'd like to put it in
my coffee."

Everybody stared at him, so strange! His face turned red, but, still, he put the salt in
his coffee and drank it.

She asked him curiously: why do you have this fetish?

He replied: "when I was a little boy, I lived near the sea, I liked playing in the sea, I
could feel the taste of the sea ,

I miss my hometown so much, I miss my parents who still live there".

While saying that tears filled his eyes. She was deeply touched. That's his true feeling,
from the bottom of his heart.

A man who can tell out his homesickness, he must be a man who loves home,

cares about home, has responsibility of home..

Then she also started to speak, spoke about her faraway hometown, her childhood, her
family. That was a really nice talk,

also a beautiful beginning of their story.

They continued to date. She found that actually he was a man who meets all her demands;

he had tolerance, was kind hearted, warm, careful. He was such a good person but she
almost missed him!

Thanks to his salty coffee! Then the story was just like every beautiful love story,

the princess married to the prince, then they were living the happy life...

And, every time she made coffee for him, she put some salt in the coffee, as she knew
that's the way he liked it.

After 40 years, he passed away, left her a letter which said: "My dearest,

please forgive me, forgive my whole life lie. This was the only lie I said to you---the
salty coffee.

Remember the first time we dated? I was so nervous at that time,

actually I wanted some sugar, but I said salt It was hard for me to change

so I just went ahead. I never thought that could be the start of our communication!

I tried to tell you the truth many times in my life, but I was too afraid to do that, as
I had promised not to lie to you for anything..

Now I'm dying, I'm afraid of nothing so I tell you the truth: I don't like the salty
coffee,

what a strange bad taste.. But I have had the salty coffee for my whole life!

Since I knew you, I never feel sorry for anything I do for you.

Having you with me is my biggest happiness for my whole life. If I can live for the
second time,

still want to know you and have you for my whole life, even though I have to drink the
salty coffee again".

Her tears made the letter totally wet. Someday, someone asked her: what's the taste of
salty coffee?

It's sweet. She replied.


What makes a person so rich? Some say money and some say health,

but for me it is friendship, that carries insurmountable wealth.

yes,  I also read that on FB

that's why i mentioned below the site name

This story was also posted sometime back on CCI also...

I know you both are very intelligent and knowledgable about CCI

BUT didn't you read last line or my comment "I didn't claim that this is my creation, then why you both are putting this, why you both want to show that this is not original while I am not claiming this. I read this, like this and share only with a point www.facebook.com. or it is just both of you want to get attention only.

Thank you for acknowledging my knowledge Mr. Author.. But i dint claim this post was your creation either.. It was just an information which i shared and dint find it wrong doing so....

in our comment we just said dat we have read dis story in CCI also,

n BTW Thank you for acknowledging our knowledge abt CCI.....

may b dis is alredy posted story but

Amazing Story.....! Thanks for sharing...Prashant Sir.! 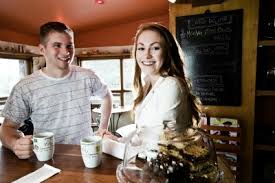 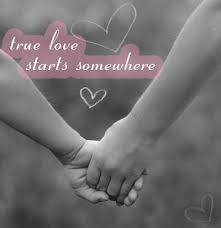 simplly superb post and a sweet discussion - to say its a lifetime journey!

i am silent since few days and dummy accounts was posted irrelevently on already established persons in caclub..

and make me bad using my name oh my god..leave me yar why dont you use some other dummy name...

who the hell is this ganeshbaby

I wonder y every1 starts fighting here instead of talkin bout the post... ??? and These dummy people are taking away the charm of this site completely......

I also request admin to plz have a check on this.... As It's very disturbing To read Bad and undoubtedly rubbish about already established And Qualified memberz